Services from a professional pain care specialist can help you identify migraines and develop a precise treatment plan. Our doctors at Spine and Wellness Centers of America (SWCA) are here to answer all your migraine questions. Contact us today to learn more or schedule your appointment.

Stages of a Migraine 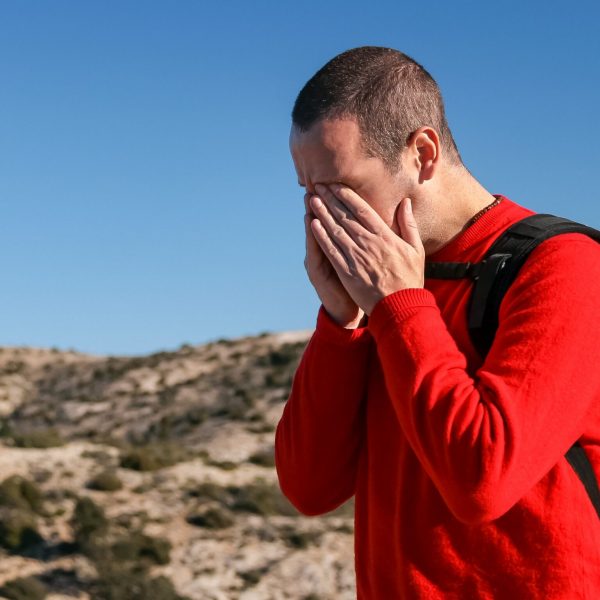 A throbbing or pulsing pain, which usually occurs unilaterally on just one side of the head or in a particular area, is the primary characteristic of this type of headache. The pain may vary in intensity from mild discomfort to so intense that it interferes with activities of daily living. The pain is also often progressive, meaning it can start off as a dull ache and progress in intensity. The pain is typically accompanied by light sensitivity, sound sensitivity, nausea, and/or vomiting.

Are All Migraines The Same?

Migraines come in all shapes and sizes. Most last between four hours to three days, and they all can occur as regularly as every day to a rarely as once per year. Symptoms, however, can feel very different according to the type.

How Long Do Chronic Migraines Last?

Chronic migraines are characterized as lasting for at least 16 days out of the month, and status migrainosus is characterized as a single episode lasting over 72 hours. Classic migraines have those aura symptoms in at least some episodes. They’re typically more severe more often in comparison to common migraines. Around 80 percent of sufferers have absence (common) migraines. These are not preceded by pre-headache aura symptoms.

What Are The Early Warning Signs Of A Migraine Attack?

New sufferers often pay little mind to the early prodrome symptoms of migraines, which include difficulty sleeping, difficulty concentrating, nausea, fatigue, light/sound/smell sensitivity, and irritability that occur a few hours or days prior to the onset of pain. However, these symptoms are very important because they can direct your pain management care team to a treatment plan to lessen the severity of the upcoming headache stage. In most cases, the headache stage is most easily pinpointed by sufferers.

Is The Pain In A Certain Location?

A migraine’s pain typically starts at the forehead, temples, or behind the eyes. As the headache continues, the pain may spread or even change sides.

Researchers have extensively studied the pain of migraines. From a biological standpoint, the most common pain theory is that waves of brain activity by excited/agitated brain cells trigger the release of certain hormones, such as serotonin, that narrow blood vessels. The exact cause of migraines, in general, remains a mystery to scientists, but we do know that migraines can be related to changes in the brain and your genetic makeup. Aside from foods and lack of sleep, your blood sugar levels, suffering jet lag, overexerting your body or mind, muscle tension, poor posture, emotional shock, anxiety, excitement, depression, and anxiety are all common triggers for attacks.

Do Migraines Always Cause Pain?

Silent migraines, also called acephalgic migraines, are a distinctive type of headaches that don’t cause physical migraine pain, but they can still be debilitating to sufferers. These migraines often cause aura symptoms of visual sensitivity and loss and dizziness. Some acephalgic sufferers also have gastrointestinal disturbances.

What Are Retinal Migraines?

Retinal migraines are often an indicator of more serious medical issues. This type of headache is characterized by a temporary loss of vision in a single eye. The vision loss can last from minutes to months. It can be a very terrifying experience.

What Role Does Stress Play In Migraines?

Most major life changes, such as marriage, loss of loved ones, childbirth, and so forth, can cause emotional stress. However, everyday life events, such as work conflicts and financial pressures, also create stress. While any type of stress can trigger both migraines and tension headaches, it’s most often everyday stressors that are the culprit behind migraines.

What Role Does Dehydration Play In Migraines?

When the body loses fluids through perspiration or doesn’t receive enough fluids to stay properly hydrated, the brain responds by pulling away from the skull as it dehydrates and shrinks. This causes the pain of a dehydration headache.

What Role Does The Lack Of Sleep Play In Migraines?

Lack of sleep can be caused by either the inability to stay or go to sleep. Both are triggers for migraines, and research has shown that many sufferers find their migraines improve in severity and frequency when any underlying sleep disorder is professionally treated.

What Role Does Food Have In Migraines?

Can Migraines Affect Your Balance?

Anyone experiencing migraines should be very cautious with movement. Around one-fourth of sufferers experience dizziness, making migraines one of the leading causes of dizziness amongst all medical ailments. Many sufferers of migraines also experience vertigo, which can make the room feel like it’s spinning. It’s important to consult a professional if you’re suffering from migraines with vertigo and/or dizziness. Inner ear infections and tumors need to be ruled out since such issues can cause both migraines and balance issues.

Can Migraines Cause Brain Damage?

It’s important to consult a migraine pain doctor immediately if you suspect you’re suffering from migraines. Research shows that migraines can increase your risk of brain lesions and impact its long-term structure.

Is There A Difference Between Stress-Induced Migraines And Chronic Migraines?

Most stress-induced migraines start gradually, particularly in the middle or late day. They can last an hour to days, but you’ll note that they come and go as your stress levels rise and fall. Chronic migraines don’t necessarily correspond to particular events, and they often don’t come and go. Instead, the headache is noticeable over a long period of time; it just gets stronger or less noticeable from day-to-day.

Do Migraines Need An MRI For Diagnosis?

Unfortunately, an MRI isn’t able to diagnose or identify any type of headache, including migraines. An MRI’s importance in the diagnosis of migraines is in ruling them out as a symptom of certain life-threatening medical conditions, such as tumors, abscesses, and other brain abnormalities.

Again, it’s vital to rule out certain more serious underlying causes of chronic migraines. With that said, migraines can be debilitating, excruciating, and diminish the quality of sufferer’s life, but they are rarely life-threatening. Uncontrolled migraines can also cause or worsen mental health issues, particularly when it comes to anxiety and depression.

You may have heard that certain “mini” strokes called TIAs ( transient ischemic attacks) are often mistaken for migraines. These occur when blood flow is temporarily cut off to the brain for a very short period of time. The occurrence isn’t as severe as a stroke, but it can cause symptoms similar to those of migraines. This is yet another reason to always consult a migraine pain doctor if migraines are suspected. Hemiplegic migraines often feel like TIAs because they also have symptoms of weakness across one side of the body and sensation abnormalities (loss of or pins and needles) along the affected side.

Our expert team of award-winning migraine pain relief doctors with backgrounds in orthopedics, neurosurgery, pain care, and rehabilitation will create a long term treatment plan individualized to you, your unique pain and your goals. We listen to your symptoms when others might not. We conquer pain without surgical interventions in most cases using cutting edge pain relief techniques for migraine pain care (some of which are completely new to pain care and only offered by our doctors).

From symptoms to triggers, migraines differ from a standard headache. Not all severe headaches are migraines, and not all migraines are severe headaches. The vast nature of migraines leads sufferers to have many questions about their occurrence and treatment. Spine and Wellness Centers of America (SWCA) would like to help you get those answers. Our pain care doctors can help you determine if you suffer from one of the many types of migraines. Our doctors and nurses spend a great deal of time with our patients, listening to symptoms and then we construct a detailed pain relief treatment plan based on science. We will determine if your pain is coming from one or more sources, something that other doctors might not even consider when treating your symptoms.

Patients suffering from acute migraine pain may be prescribed pain relief from in-office epidural steroid injections, soft tissue injections, or trigger point injections. Often anti-inflammatories are prescribed in conjunction with other acute pain treatments and the condition resolves. In other patients, acute pain is a precursor to a life of chronic pain, so it is important to determine the cause of pain and administer the correct pain relief procedure for lasting relief of chronic pain. 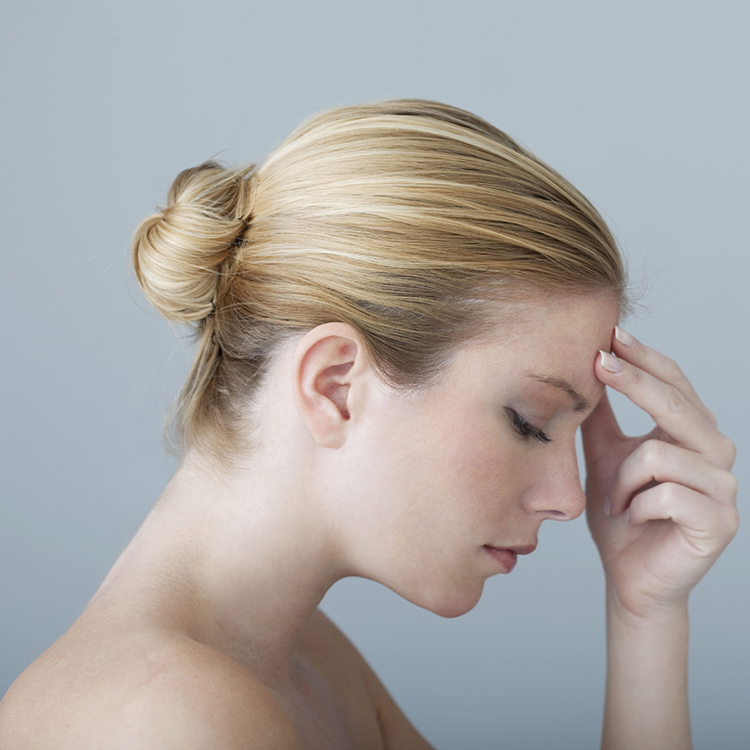